The Changing Face of UK Estate Agency- A Perfect Storm? 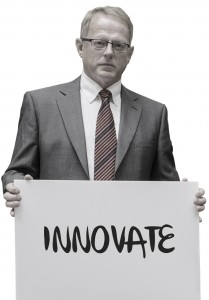 According to government Land Registry figures the number of housing transactions in England and Wales decreased by 4% in the year July 2014 – July 2015. In addition, sales over £1m decreased by 9% during the same period, a trend that shows no immediate sign of abating.

So this evidence, no doubt compounded by the national housing shortage, would appear to point to a reduction in the overall size of the transactional cake for the High Street estate agents of England and Wales.

It should come as no surprise that accountants Moore Stephens were recently quoting insolvency service figures for the estate agency sector as being up from 2014 by 16% or in hard numbers, from 160 to 185 business failures in the year to 2015.

However, reduced numbers of sales across the country and the much publicised lack of new house building only form part of a more complex picture, as other factors have also played a major part :-

1) The High Street Agents Business Model – For the last 30 or so years the business model has remained the same, with agents generally charging their clients a flat percentage fee on a ‘No Sale, No Fee’ basis. As house prices have increased, agent’s fees have also increased in direct proportion. However, a significant increase in direct competition in recent years has, in general terms, eroded the fee percentage charged by High Street agents.

2) A Crowded Market Place- The estate agency sector has no natural or legal barriers to entry, so over several years of high volumes and house price inflation the number of entrants to the market swelled in number. This consequently has lead now to an over-supply of service providers within the sector.

3) Online Estate Agencies – Very topical at present within the industry, but it is only relatively recently that online agencies can lay claim to making significant advances in market share. The reasons for their slow progress have largely been two-fold. Firstly, the house selling public’s lack of confidence in the ability of online agencies to achieve market value via internet marketing alone, and secondly, a lack of investment in online estate agency. It has taken a few years for both of these factors to change, but there can be no doubt that change it certainly has.

4) Significant Market Factors- The rise of just two or three main property portals such as Rightmove , Zoopla, and On The Market, which combined with the public’s collective zeal for shopping online as a means of acquiring goods and services has caused a major shift in buying behaviour.

It would be tempting to see the reasons that I have cited above as being the beginning of the end of the more hands on approach of traditional estate agency, but I for one do not. I believe that we are moving into an era of survival of the fittest with regard to high street estate agency, with a significant number of dated and poorly managed firms steadily falling by the wayside or being acquired by their more robust competitors. Sad as it may seem, it is the free market working as it should.

However, before I hear the collective murmurings of high street agents quoting Mark Twain’s “The reports of my death have been greatly exaggerated” back at me, I ought also to point out that the firms that remain on retail landscape after this steady and brutal cull, will have survived because like many other successful and forward thinking retailers, such as John Lewis (to name but one), they will have embraced the concept of a superior online shopping experience, whilst overall maintaining excellent customer service. In the real world, customers prefer to have both.