Understanding the Value of Corporate Branding. 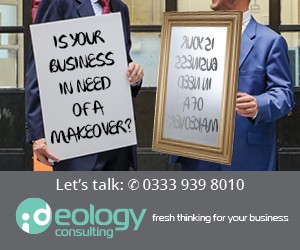 If like me, you take a passing interest in the business pages of the BBC News website, or alternatively your daily newspaper, you will no doubt see that mergers and takeovers quite often make the headlines.

Market sectors such as Food & Drink frequently take centre stage, as one household name merges with or acquires another, in multi-million or sometimes multi-billion pound deals.

Take for example The Coca Cola Corporation’s somewhat controversial “staged” takeover of Innocent Drinks in 2009 – as reported at the time, Coca Cola paid circa £30m for just an 18% stake in the smoothie specialists, which is quite a lot of money for a company that made a loss of £8.6m in 2008 would you not agree?

So why pay so much? Well it is simple really, Coca Cola, for all of its success worldwide, was sensitive to its critics, and was seeking to protect its brand by wanting to be known for something other than just a manufacturer of sugar-filled drinks. Consequently Coca Cola was keen to be associated with a seemingly healthier, more virtuous product range.

Which is ironic really, considering Innocent’s Wikipedia page clearly states that “a 250ml bottle of Innocent smoothie contains 171 calories and 34.3g of sugar – the equivalent of 3.5 Krispy Kreme original glazed donuts in terms of sugar content”. The point being that our perception of Innocents carefully created image as a healthier and more ethical option lies more essentially in the success of the company’s excellent marketing and brand awareness, than it does in the facts of their products.

But this is just an aside, as the top executives at Coca Cola were smart enough to see the global sales potential of Innocents branding, whilst simultaneously diffusing criticism of its core brands from health pressure groups – by basking in the reflected glory of Innocents healthy and ethical reputation.

The Coca Cola Corporation soon after increased its stake to 58%, paying an additional £65m in 2010, and today owns 90% of Innocent drinks, successfully increasing the company’s turnover from £30m to in excess of £100m.

You may wish to note that Innocent Drinks was originally the idea of three under graduates from St Johns College, Cambridge who trialled their simple idea from a stall at a music festival in London when they were students. Innocent Drinks cost £250,000 by way of investment from an American business man called Maurice Pinto to set up – and of course the rest is history – as they say.

For more information regarding the branding of your company, please call Peter Nicholls at ideology consulting on 0333 9398010 or simply go to www.ideologyconsulting.co.uk .